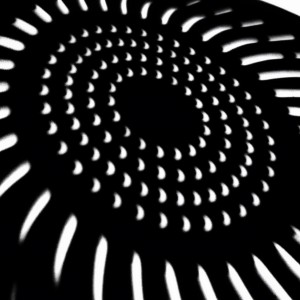 From my bed in my new apartment I can see out the window onto our back porch. It’s a closed-in porch, so beyond my bedroom window I see the porch windows. Beyond that I see the large maple tree, one of the line of trees alongside the baseball field behind our house. When the huge and hugely bright stadium lights are lit for games I can see the one on the other side of the field through the maple leaves. I love the layered feeling this creates, me in my bed, the rectangular window, another window beyond that, with different dimensions and shapes but all lines, parallel and perpendicular; beyond that the rustling, moving tree branches that scoff at right angles, creating their own constantly shifting shapes and shadows, and beyond that the grand, ethereal lights of the stadium, bright almost as sunlight but whiter and more specific, as if alien space ships are hovering over my block, the moment of their appearance when humanity inhales sharply, in shock, before anyone attempts to react or respond.

My eyes take in the shapes and colors of this new place — smells and sounds, too, but the visual seems to bypass the part of my brain that would write letters to the editor if there were an appropriate publication: I dislike the meaty smell of the neighbors’ early breakfast, the pounding of the bass of the cars that drive slowly down the street. I have mixed feelings about the trumpet-filled Spanish music that the neighbors all play, and the volume at which they play it. The ice cream truck’s repetition of Turkey in the Straw is alternately nostalgic, cheerful, and utterly annoying; I have opinions about which truck’s version is better (the one that doesn’t jump an octave in the middle) and I love my landlady’s gentle voice as she speaks on the phone in her garden. But the visuals come through my eyes as direct feelings — I couldn’t say what I love, exactly, about the row of multicolored triple-deckers outside the front of the house, the other side from the field, but I feel a jolt of happiness when I look at them. I like to move to different seats inside, and observe from different angles the chipped woodwork, the dark frames of the doorways, my familiar books on their familiar bookshelf, but in a new house. I lie on the floor sometimes, to see how things look from there.

I suppose this is what painters feel, the connection to the visual that makes them want to recreate and interpret it. I’m a writer, myself, so I use words to describe and make sense of things, but I’m aware that the words change the things they’re describing, too. I didn’t feel the words “alien” or “ethereal” when I looked out at the stadium lights last night, but I needed to use them to describe the feeling, to move it, somehow, from my heart to yours, and now those words have altered it, have codified it, and the feeling will be different when I look out my window tonight. Sometimes it’s worth it, to change things by describing them, to feel less alone by knowing that a few people, at least, will read this and feel a similar feeling reading it: “Ethereal. Alien.” It’s necessary, really, or else I would be lost inside my own head, feeling things strongly and purely but alone. It’s satisfying to gather up those feelings in a ball of dough and knead them out into something which others can taste. But I lose something, too. Safety. Surety. Purity.

If there’s something to lose in writing, there’s even more to lose in speaking. I’m so much an introvert that I think it veers into the realm of social anxiety disorder. The thing is, I love people. I love them so much. I love when they talk to me and tell me their stories. I’m just so terrified that they’re going to look at me and it’s going to be my turn to speak and I’m going to have nothing to say. I’m afraid all that will be in the front of my brain is how their bangs frame their face, or how the color of their eyes is like an amber ring I once bought in Krakow and then lost in the airport bathroom, and I’ll know that’s not appropriate, probably, but I won’t be able to think of anything else. T.S. Eliot gets at a similar feeling, I think, in his poem The Love Song of J. Alfred Profrock:

And would it have been worth it, after all,
After the cups, the marmalade, the tea,
Among the porcelain, among some talk of you and me,
Would it have been worth while,
To have bitten off the matter with a smile,
To have squeezed the universe into a ball
To roll it toward some overwhelming question,
To say: “I am Lazarus, come from the dead,
Come back to tell you all, I shall tell you all”
If one, settling a pillow by her head,
Should say, “That is not what I meant at all.
That is not it, at all.”

Communicating is just so hard. But I went to a gathering the other night, of people I’d only met once or twice before, and somehow, miraculously, I seemed to say things that made sense. I turned to the woman with eyes the color of an amber ring I once bought in Krakow and said, something, I’m not sure exactly what, but I meant, “Tell me your story,” and she did! And when it was my turn to speak I found I could tell a little of my story, too. And then it was like a dream, or an essay I could have written with the prompt: “Describe your perfect evening,” because the husband of the woman with the amber eyes stood up, and all fell silent, and he read a spoken word poem that brought tears to all our eyes. And the poem was about being separate from people and scared to come back into community, and about finding the courage to step out of the safe and holy woods and come back as if from the dead. And no one in the room said, “That is not what I meant, at all.” Because it was exactly what we all meant, I think. At least it was what I meant. And we moved on from dinner to cake and Swiss chocolates, and children ran in and out of the room, and knocked things over and were brushed off and forgiven. And the light in the house wasn’t ethereal or alien at all, readers. I have to describe it just right because I really want you to feel what I felt. It was the light of stories being told and being listened to. It was the light of poetry. It was the light in the window when you pull up to your family’s country house at night after a long drive back from the city. It was the light of home.