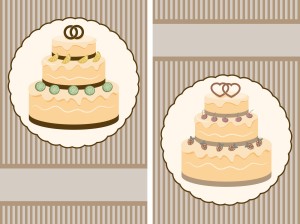 In Jesus’ time, the nation of Israel was under Roman rule. The Israelites were allowed to live there and practice their faith for the most part, but they had to pay taxes to Caesar and obey the Roman laws.

To the Israelites, the Romans were evil and ungodly. They had no place ruling over God’s chosen people in God’s chosen nation. That land had been promised to Moses and his descendants when God brought them out of Egypt. Their very presence in the land was blasphemous.

One of the Roman laws stated that any man could be required to drop what he was doing and carry a Roman soldier’s equipment for him for up to a mile. In the Sermon on the Mount, with his followers gathered around him, Jesus referenced that law and told his followers what they should do in that case:

Go with them two miles. That was not the advice that most of the people in the crowd that day had been hoping for. That was not the conclusion that they would have come to on their own, following this man that they hoped would lead them to victory over the Romans. That was certainly not respecting their religious beliefs — go with them two! What if their neighbors saw! What if seeing them carrying the Roman’s equipment caused other Jews to think the Roman oppression was okay? What if there was other work that needed to be done — good work, charity work even, but they spent all that time carrying equipment for the evil oppressor? But Jesus is not worried about any of that:

“If anyone slaps you on the right cheek, turn to them the other cheek also,” he said. “And if anyone wants to sue you and take your shirt, hand over your coat as well. If anyone forces you to go one mile, go with them two miles. Give to the one who asks you, and do not turn away from the one who wants to borrow from you. You have heard that it was said, ‘Love your neighbor and hate your enemy.’ But I tell you, love your enemies and pray for those who persecute you, that you may be children of your Father in heaven. He causes his sun to rise on the evil and the good, and sends rain on the righteous and the unrighteous. If you love those who love you, what reward will you get? Are not even the tax collectors doing that? And if you greet only your own people, what are you doing more than others? Do not even pagans do that? Be perfect, therefore, as your heavenly Father is perfect.”

If you believe gay marriage is immoral (I don’t, myself) and a gay couple comes into your shop and asks you to bake a cake for their wedding, what should you do? If God causes the sun to rise and the rain to fall on the wedding days of straight and gay couples, then what is our responsibility? If it is against the law to discriminate against people based on their sexual orientation, but you believe strongly that their lifestyle is immoral, what should you do?

Jesus said, not only should you follow the law of the land — the law which in America for the most part prohibits discrimination against people because of their sexual orientation — not only should you do the minimum you have to do, you should go the extra mile. (Yes, that’s where that expression comes from!) Do *twice* what the law requires.

If someone forces you to bake a cake for a gay wedding, bake for them two.

Christians, our Jesus said to not only follow the law, but to rise to a higher standard of love. Christians should be the FIRST people baking cakes — for everyone who asks us. We should be known for our cake baking. People should be saying, “There go those crazy Christians again, baking cakes for everyone. They just won’t quit!” Then, when we share the reason for our wild, all-inclusive love, people will want to hear it. “Let your light shine before others,” said Jesus, “that they may see your good deeds and glorify your Father in heaven.

Christians, when we dig our heels in and insist on our right to discriminate, we are hurting people — we are hurting so many people, so deeply. Behind the ACLU and the liberal media are real people, who have been hurt again and again in the name of Christ. Christians, you and I have hurt them. I know most of us have really good intentions, but we are making Jesus the last thing they want to hear about.

If we “snatch one person from the fire” by refusing to condone behavior we believe is immoral, but send hundreds and thousands of others fleeing churches and Christianity entirely, what have we really accomplished? Someone else will make that cake and fewer and fewer people will look to Christianity for love and hope. We will have won a battle that we were never called to fight in the first place, but lost the war.

Friends, after receiving more than 1500 comments this past week, I’m closing the comments section on this post. I want you to know that I value all of you who took the time to leave a comment, even those who disagreed with me, and especially those on all sides of the issue who vulnerably shared their stories of hurt and healing.

If you would like to read other Christians’ perspective on this issue, or find places for further discussion, I have shared some resources that have been helpful to me here: BFTT follow up and resources.

If you are curious how I came to support gay marriage and full inclusion of LGBT Christians in the body of Christ, you can read about that here.

If you have felt rejected or unloved by Christians or the church because of your sexuality or gender identity, please read my post We choose you.

And please check out Faithfully LGBT and their wonderful photo series of LGBT people of faith.